Cryptography is one of the key technologies that form the backbone for any blockchain. In this section, you will learn about some of its important concepts such as encryption, decryption, public, private keys, signing, etc.
Though many other cryptographic concepts may find applicability in the blockchain ecosystem, this section will cover the basics and the most important principles relevant to Distributed Ledger Technology.

A cryptosystem refers to the implementation of cryptographic algorithms and its accompanying infrastructure used to provide information security services. It is also referred to as a cipher-system.
The main idea is that the cryptosystem helps convert the plaintext to ciphertext and back, thus encoding and decoding messages securely. When two parties communicate with each other to transfer a message, referred to as plaintext, is converted into an apparently random text, referred to as ciphertext. This process of converting plaintext to ciphertext is called Encryption. Once the ciphertext is produced, it may be transmitted over the network. Upon reception, this ciphertext is transformed back to the original plaintext using the process of Decryption.

The main components of a cryptosystem are :

There are two types of cryptosystems based on how encryption and decryption are performed:

The user generates a pair of keys that are used for encryption and decryption. These keys always come in pairs and each key offers various capabilities. Those capabilities are based on cryptographic mathematics. As their name suggests, the public key is meant to be distributed to whoever is relevant, while the private key is to be jealously guarded, akin to having your house address public, but keeping the key to your house private.
Either of these two related keys can be used for encryption, with the other one being used for decryption.
Take a look at some examples, which you may know under the names:

This is like a password that is used to encrypt your private key on a disk. If the private key was not encrypted, it would be at greater risk of theft. Since you are just testing here, you can put nothing or a simple word. But remember that whenever you create keys in the future, you need to protect them with a proper password.

Note that you may need OpenSSL version 1.0 or newer.

Alice wants to send a message to Bob, and for Bob’s eyes only: 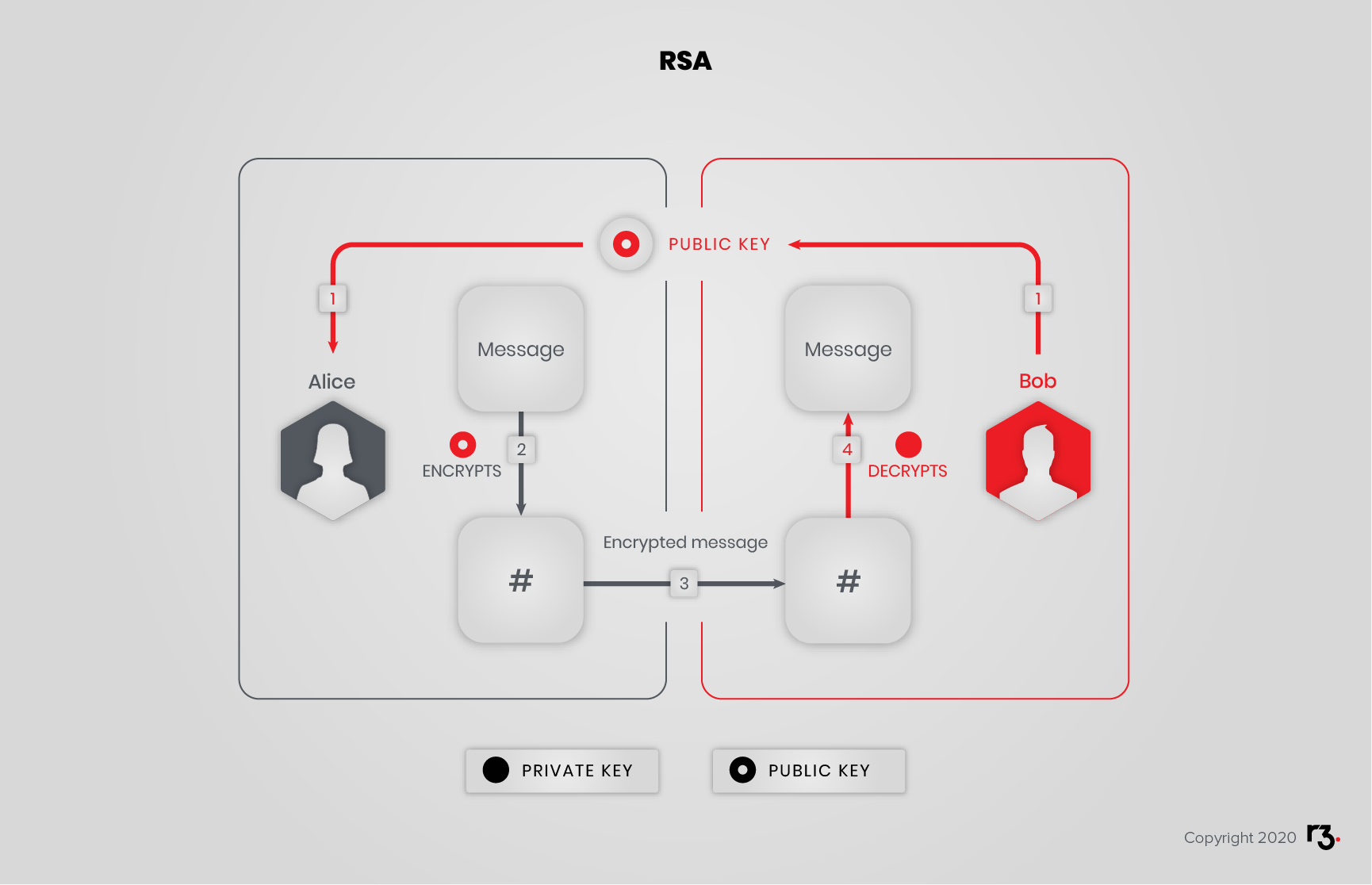 If you receive an error, try with openssl rsautl instead.

Alice wants to make sure that Bob’s public announcement is indeed from Bob: 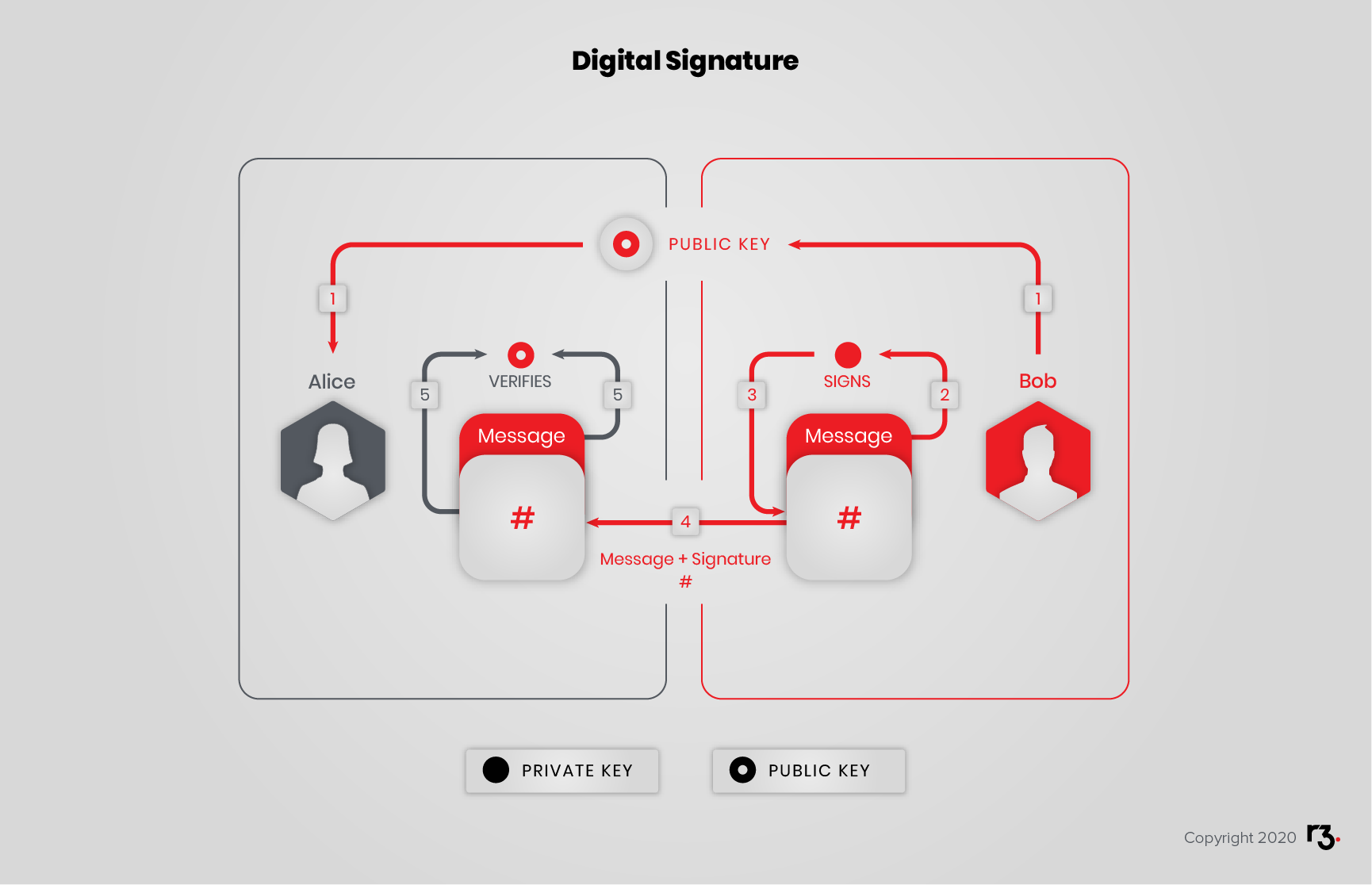 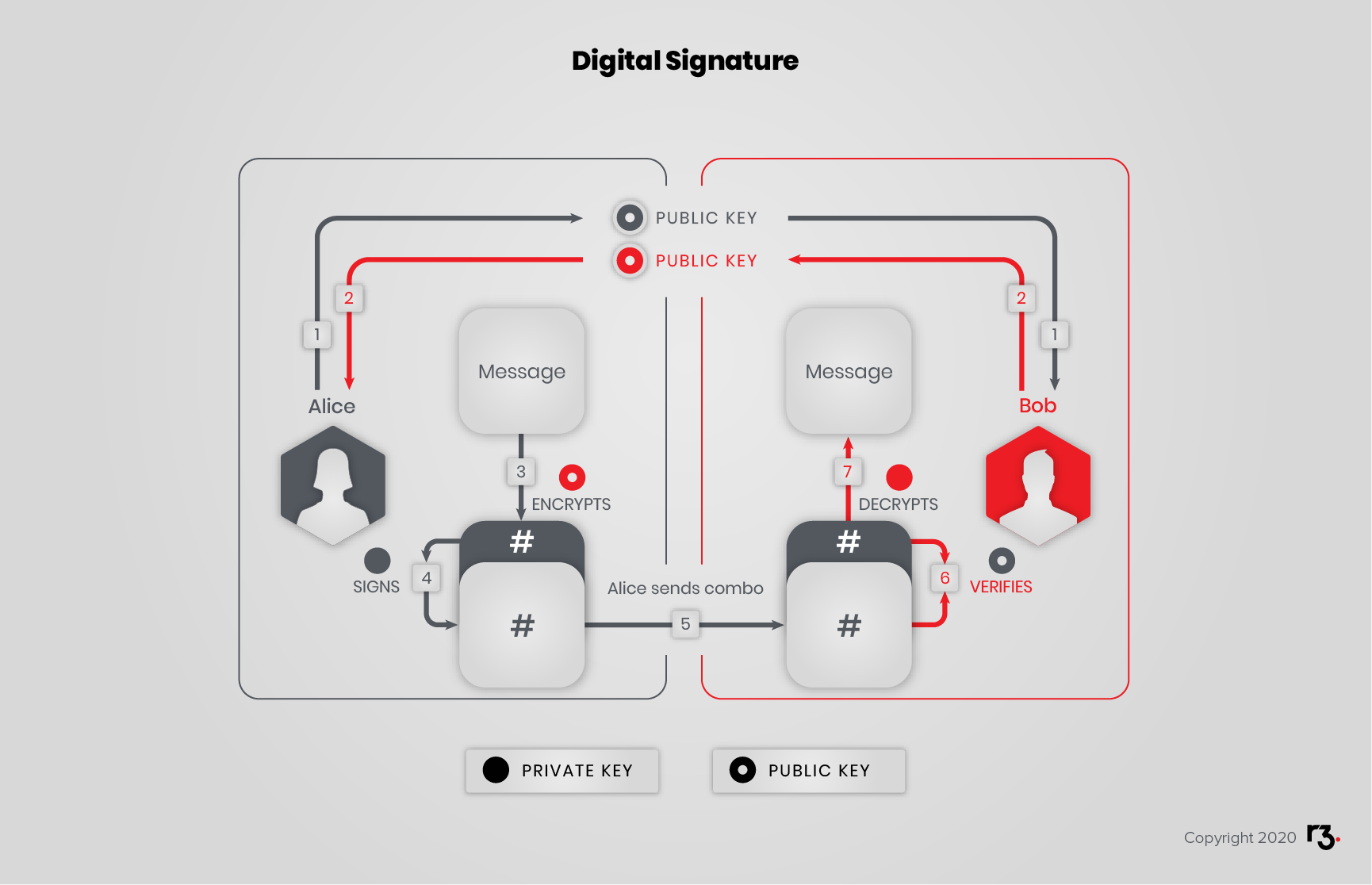 Such a hash function:

With such a function, you can:

MD5 is such a function:

On Linux, it is md5sum. Now let’s introduce a typo:

Notice how the 2 hashes have nothing in common.

Digital certificates are used (among other things) to prove identity. They are given by a recognized Certification Authority(CA). A widespread procedure is the public key certificate. It proves the ownership of a public key. Below, the X.509 standard is described.

The X.509 standard is defined by the Telecommunication Standardization Sector (ITU-T) of the International Telecommunication Union (ITU).[1] It offers format and semantics for public key certificates. X.509 is profiled in the formal language ASN.1. Common use cases are validation of documents and securing of communication. For example, X.509 is used in TLS/SSL. Its origin is in the X.500 standard issued in 1988. Since version 3, X.509 enables flexible topologies, like bridges and meshes. Invalid certificates are listed in certificate revocation lists (CRLs). CRL is vulnerable against DoS attacks.

The concept of digital signatures is simple. If a given message is first hashed and then encrypted by a private key, one can verify the signature by decryption with the corresponding public key. You need to hash the message to avoid the creation of signatures by mixing the messages and corresponding signatures. This way, you know that the sender has the private key to the given public key. However, this is not truly an identification. Here comes the CA. The CA signs a certificate to prove the identity of the owner of a public key. The certificate includes, as described above, the subject name. This must be verified by the CA. So, the identity is given, if one can verify the CA’s signature and trust the CA.